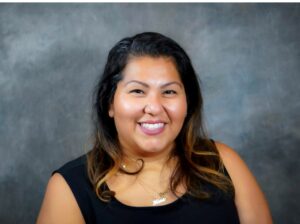 Zelica has nearly 20 years of experience in the non-profit field as a community organizer, advocate and community builder.  Her prowess is in research and analysis, strategy development and program impact. Zelica currently serves as Director of Santa Clara County’s Office of Immigrant Relations. Previously, she served on the leadership team at SOMOS Mayfair for 8 years, first as Director of Programs and then as Associate Director. While at SOMOS, Zelica launched the “In Our Hands” initiative, spanning 13 programs, all focused on dismantling inequity and addressing the multi-generational crisis in Mayfair. She also led the development of a collective impact model across five local organizations (the Si Se Puede Collective) which has built a robust eco-system supporting families in the Eastside. She also led the creation of an immigrant women worker-owned cooperative that has gained visibility across the county as experts in sustainable community engagement. Before joining SOMOS, Zelica served as the Director of Policy & Organizing for SIREN, where she developed and won advocacy campaigns to increase equity, access, resources and rights for immigrant families. She also led SIREN’s robust civic engagement strategy that resulted in a multi-language civic campaign to increase awareness of voter rights and responsibilities amongst the immigrant community. Born in El Salvador, Zelica came to this country as a child.  She earned her Master’s in Political Science from San Francisco State University in 2007.  She earned her bachelor’s degree in Sociology and Latin American and Latino studies from University of California, Santa Cruz. She is married to Dewayne Deams, proud BART Train operator, and has two daughters, Mikaela and Lina.