Home / Who We Are / Partner Leaders / Will Parish 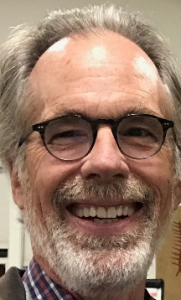 Will founded Ten Strands in 2012, and since then, he has worked in partnering to pollinate environmental literacy. The goal is to create systemic support for all of California’s K-12 public school students to benefit from environmental literacy. After a short legal career, Will began working in 1982 on systems change, to reduce the human impact on the environment while still enabling humanity to thrive.

For 15 years, he focused on developing alternative energy power plants (capital investments totaling $100 million). For the next five years, Will’s focus turned to the system of forestry, and he became an advocate to stop environmentally destructive logging practices on US Forest Service lands.

While raising two boys, he realized how much impact the education system has on students, families, communities and their surrounding environments. Will became a teacher in 2002 to teach environmental science. After a decade in the classroom and four years on the Instructional Quality Commission advising the State Board of Education, he reflected on how his prior careers had taught him that systems have leverage points. Will embraced the big idea of using environmental literacy in the education system to enhance student outcomes and instill a sense of civic stewardship toward the environment. With the passage of Bill SB-720 in September 2018, environmental literacy is now embedded in the California Education Code.