Home / Who We Are / Marcia Pade

Lead Partner to The Big Lift 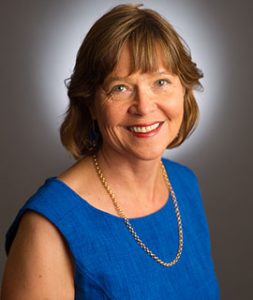 Marcia Pade joined SV2 in 2011 and was elected to the Board in 2013. Marcia initially became involved with SV2 as Board Chair of East Palo Alto Tennis & Tutoring (EPATT), which was chosen as one recipient of the Out of School Time Grant Collaborative. With a long career both in the U.S. and abroad, Marcia has worked as an analyst at First and Merchant Bank, as a banking analyst for McKinsey and Company in New York and Copenhagen, and as a Marketing Executive for GE Capital. She was also Vice President for Industrial Market Research (part of AGB) in London and worked as a strategic planning consultant for the healthcare start up MD Health Evolution in Menlo Park. Currently a community volunteer, Marcia is on the boards of EPATT and the Woodside Atherton Garden Club, and on the advisory board for InnVision Shelter Network. In her free time, Marcia enjoys gardening, biking, and playing tennis.