Home / Who We Are / Strategic Advisory Board / Kim Meredith 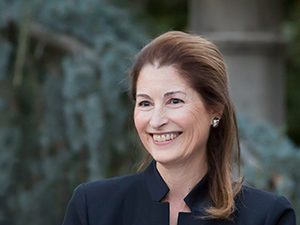 As the inaugural Executive Director of the Stanford Center on Philanthropy and Civil Society (Stanford PACS), Kim Meredith has been responsible for strategic leadership and consistent organizational growth, scaling Stanford PACS through the expansion of research and programmatic initiatives. Ms. Meredith joined in July 2009, then one year later led the team to acquire the Stanford Social Innovation Review (SSIR), and in 2012 launched Stanford PACS programs at the Stanford Center at Peking University.

Ms. Meredith graduated from Stanford University with a B.A. in Economics. In 2005, she received a fellowship to the Stanford Graduate School of Business Executive Program for Nonprofit Leaders, and in 2018 was sponsored for the UC Berkeley – Haas School of Business, Berkeley Corporate Board Workshop.