Home / Who We Are / Board of Directors / Clara Roa 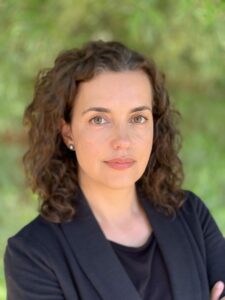 Clara Roa is passionate about building the capacity of nonprofits to facilitate the change we want to see in the world. Since 2018, she has been achieving that goal as the Chief Development Officer for the Hispanic Foundation of Silicon Valley. Clara has over 15 years of experience in nonprofit management and fundraising in the Bay Area. She has worked for several local nonprofits including Life Moves, Vascular Cures and the Pacific Stroke Association. She also serves on the Development Advisory Committee for Planned Parenthood Mar Monte and on the Advisory Board for the Family Engagement Institute. Clara received a Master’s in Public Administration and Nonprofit Management from the Robert F. Wagner Graduate School of Public Policy at New York University and a BA in Modern Languages from Pontificia Universidad Javeriana. Originally from Colombia, she enjoys spending time with her husband and daughter, and her two rescue pets.