Home / Who We Are / Board of Directors / Alison Elliott 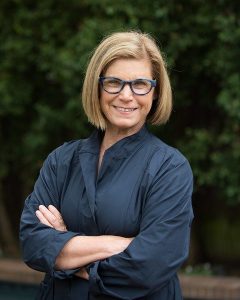 Alison Elliott has been an SV2 Partner since 2010 and she rejoined the Board in 2018. Previously, she was elected to and served on the SV2 Board in 2011. She also served as Education Grant Round Co-Leader for the 2011-12 year and as a Co-Leader of the Pathways to Opportunity Classic Grant Round.

Alison Elliott’s serial career experience extends from a middle school social studies classroom to a large NYC bank to software startups in Silicon Valley to the Center for Social Innovation at Stanford University. She has written books about software for kids and consulted with both nonprofits and for profits.

A Connecticut Yankee, she attended Vassar College, fulfilled her dream of living in New York City then headed West to the Stanford Graduate School of Business where she was captivated by Apple’s vision of changing the world with personal computers.

The mother of two daughters, she lives with her husband in Menlo Park and Pescadero and reads and travels whenever possible.